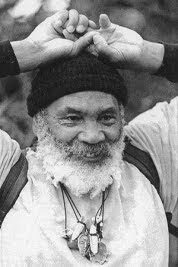 Yesterday morning I found out that my former neighbor Jacob died on Sept 8 at the age of 78. While I've known Jacob for about five years, I never knew his last name. Well, that is until I began searching Google because I heard there would be a neighborhood memorial service for him next weekend. I searched "jacob memorial haight san francisco"and this was the first link to come up. I found out from my former roommate who still lives in the Haight. She found out because there was a flier posted at the corner store. In shock, she asked the store owners when/how he had died. Apparently Jacob had been battling with cancer for the past two years. We never knew.

It's hard to explain.
Jacob was more than a neighbor.
He was much more than an acquaintance though I really didn't know any of the intimate details of his life other than where he lived and his marital status. In fact, there are people about whom I know much more, yet to whom I feel much less attached.

He watched me move into my apartment with two close friends. When we moved in, Jacob was there to greet us, like a one-man neighborhood watch/welcome committee. He said hello every time I saw him after that. It was rare to see Jacob without getting a genuine smile and a warm hug. He stood outside a lot and watched people walk by. It often made my day just to pass him on my way to catch the bus or head to the grocery store.

"Hello!"
Jacob would smile.
"Happy Tuesday to you," he would say. Or fill in whatever day of the week it was.
"And also to you," I would reply.

I've moved at least four times since Jacob lived two doors over from me. But whenever I saw him, we'd pick up just where we'd left off - with a greeting, a smile, and a hug.

The folks at the corner store said they'd seen Jacob the day before he passed away. And they asked how he was and he said "Best day of my life." The answer never changed. He was always smiling, always in good spirits.

I wanted to write a post to capture what was special about my interactions with Jacob but when I started to look for information about him online, I discovered that many, many other neighbors had very similar encounters.

With his warm smile, unruly white beard, dark pants, white tunic, knit cap, a necklace of stone crab claws and camel and lion teeth, Jake was such a well-known presence in the park that he was dubbed the "King of Golden Gate Park." Walkers and joggers stopped to hug him, bicyclists shouted greetings, and drivers honked and waved.

It's really hard to imagine not seeing him again. Where others saw a bunch of strangers living in close proximity, Jacob saw a neighborhood of friends yet to be introduced. This weekend, I look forward to joining my friends and neighbors in celebrating his life.
Posted by melissa at 10:33 PM 1 comment:

Between laughs while catching her breath she mentioned something about this being a joke, that nobody but us could see it, and that they were placing bets around the office on how long before we noticed it and posted. And something else about teaching us to contact them before posting.

Posted using ShareThis
Posted by melissa at 10:33 PM No comments: